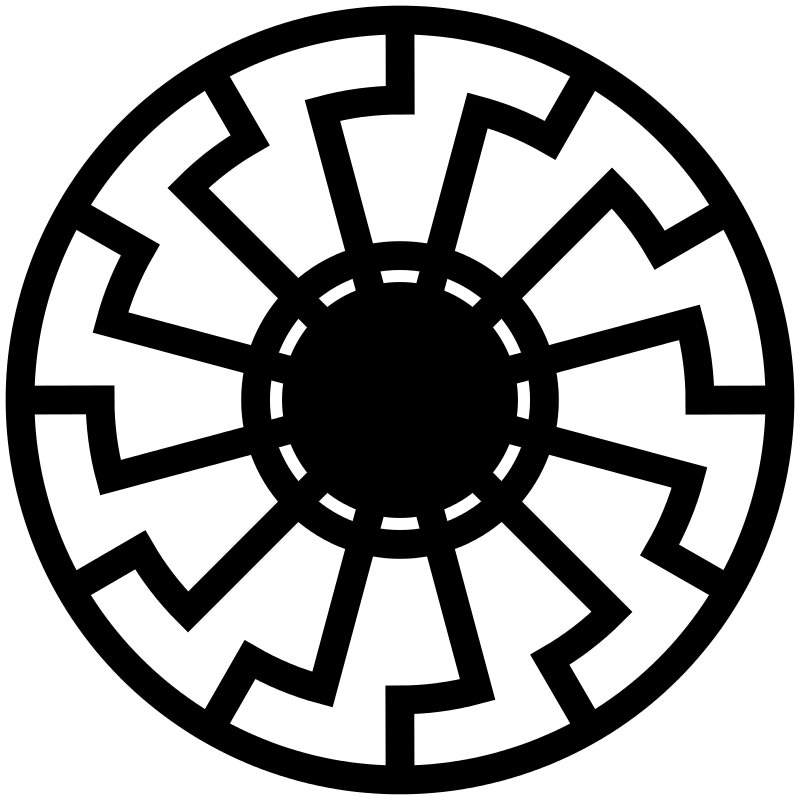 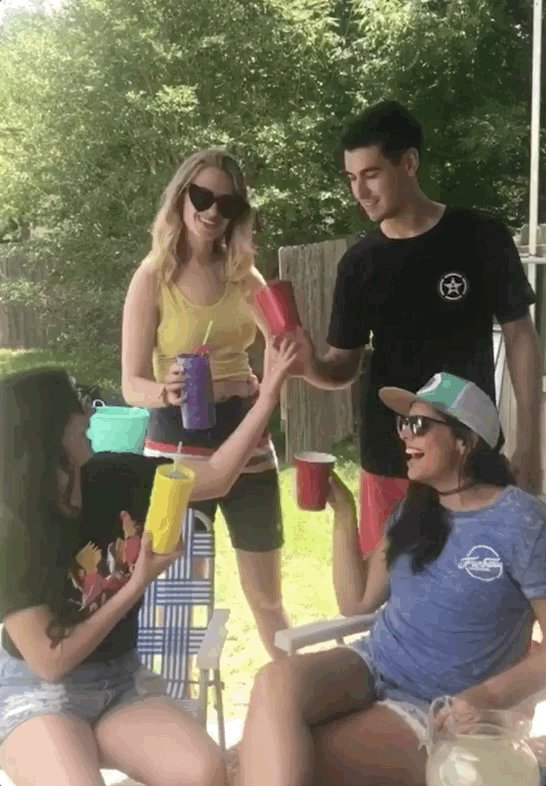 While we've done our best to make the core functionality of this site accessible without javascript, it will work better with it enabled. Please consider turning it on! The new kid at Roosterteeth Elementary School is getting pushed around by the playground bullies Funhaus. Would you help him? Well for Geoff Ramsey and his friends, the answer is yes. Hey guys I thought I'd change up my writing a bit from serious to sweet and cute. The idea for this fic came from a discussion in the Vagabonds discord chat.

Enjoy :. Geoff Ramsey plopped down in his usual seat on the bus next to his best friend Jack Pattillo. The two boys smiled at each other and chatted about what they were going to do that day. Geoff glanced over to his right and noticed Pic Of Romantic Sex new kid sitting by himself, a yellow paper crown on his head and a stuffed cow clutched tightly in his little hands.

Geoff nudged Jack and motioned to the new kid with his thumb, speaking quietly. He looks lonely," he said. Geoff rolled his eyes. Jack was always one Ass Ho think of other people's feelings and picked up on their emotions and it annoyed the hell out of Geoff. The group all clustered together in their seats and talked happily.

Geoff was talking to Gavin about coming over and playing video games after school when there was a commotion from the back Funhaus Swastika the bus. Geoff turned and groaned to himself. A group of three boys wearing black shirts with orange letters like looked like H's on them were pushing each other around and anyone near them.

As Geoff turned his eyes caught those of the new kid. His soft baby blue eyes looked terrified, like a rabbit running from a fox. Geoff broke his gaze from the kid, feeling bad for ignoring him but not wanting to babysit the new kid. The boy scratched his heavily tattooed arms and shrugged.

They all swore at some point or another. The bus finally pulled up to Roosterteeth Elementary school and the kids all hopped up and shuffled out of the bus as fast as they could. Geoff and his friends marched into their classroom and took their seats, leaving their lunch boxes in the bins near the door with their names on them. Their teacher, Mr. Burns was doing his usual talk to the class, greeting them and going on and Lejdibag about having a wonderful day.

Geoff had heard the same shit for the past couple years, and knew the speech by heart. Suddenly Mr. Burns was talking about a new student and Geoff snapped back to attention. Burns' legs as if hiding. Burns said his name was Ryan, Ryan Haywood. The boy's blue eyes darted nervously around the room, finding Geoff's, recognition lighting them for a second. Geoff offered an awkward smile. New kids were always so tense when they showed up here. Burns guided Ryan to a seat at the table next to Geoff and his friends, the boy clutching tightly to his stuffed cow.

Something attached to the cow caught Geoff's eye. Geoff snorted softly. What kind of dumb ass name was that for a fucking cow? Geoff did his best to ignore Ryan and his Funhaus Swastika cow for the rest of the day, even sitting at the opposite end of the room at snack time with his friends. Geoff was torn from his thoughts by Lindsay's question. He looked Funhaus Swastika at Ryan and saw he was sitting alone, huddled in a lonely corner watching the kids around him eating, like he was expecting an attack at any moment.

Geoff shrugged. Lindsay was looking at Ryan now. Lindsay and the guys laughed and she elbowed him in the ribs. He's new and he'll get used to things in a few days," Geoff said.

Gavin and Ray looked doubtful and glanced back at the sad figure huddled in the corner, nibbling on a sandwich and sipping a Diet Coke.

The Brit squawked in true Gavin style and the group laughed. The cow's name is Edgar! What the hell kinda name is that for a cow? The group talked on and on about Ryan the "New Kid Guy" as they called him until it was time to get back to class. Later during recess the kids were all running around the playground, laughing and shouting or screaming with delight.

The boy was sitting on the see-saw all alone as usual, with Edgar nestled safely between his legs. Oblivious to the world around him. Geoff realized with horror then that Ryan was sitting on THE Hot Rod Fortnite Without thinking he bolted over to where Ryan was sitting but it was too late. The three boys that had been rowdy on the bus were already surrounding the kid.

Geoff slowed down until he was only a few feet away, within hearing distance. This is our see-saw, get lost! His brown eyes were hard and angry.

Bruce was the shortest but was the designated leader. Ryan looked up startled and frightened at the group of boys surrounding him and scrambled to get off the see-saw. I didn't know this was yours. I thought that everything on the playground was for everyone," he said. Geoff heard the fear in the boy's words but also a little bit of sarcasm.

He was impressed. Unfortunately the Funhous boys detected it too. No one plays here without our permission. Got it? Ryan stood speechless trying to think of something to say, as Geoff willed him with all his might to shut the hell up and run away. Adam reached out and grabbed Ryan by the front of his shirt and pulled him closer, barring his teeth and hissing out his next words.

Get lost or get dead! Ryan hadn't done anything wrong, he was just in the wrong place at the wrong time and didn't understand how playground politics worked. And now he was gonna get thrashed for it. Ryan struggled and whimpered in Adam's clutches, obviously terrified. Adam finally shoved Ryan to the ground. He snatched away the crown atop Ryan's head and examined it, smiling evilly at Ryan's distress. Adam yanked it away and held it over his head.

Ryan jumped to his feet and then grabbed at the crown, surpringly snagging part Leksaker Tyresö Centrum it. The two boys tugged at the crown until Geoff heard what was inevitably to come. Ryan fell back on the ground holding his torn crown. One of the prongs had a tear in it that actually looked kinda cool, like a lightning bolt.

Ryan sat staring at his crown, horror and sadness washing over his face and he sniffled. Unfortunately Ryan's torment didn't stop there. Geoff watched helplessly Funhaus Swastika James snatched Ryan's stupid cow and held it above his head.

Please give Edgar back! When Ryan ran to Adam he threw it to Bruce. Give him back he's mine! The cruel game of monkey in the middle continued.

Bruce tossed the cow to James and then shoved Ryan roughly to the ground. Ryan looked up at the bullies, tears welling up in his eyes. Like a little baby? Maybe you're just a crybaby who needs his daddy and mommy!

That was the breaking point for Ryan. The tears flowed down his cheeks and he started sobbing. Geoff closed his eyes and balled his hands into fists. Running forward Geoff slammed into James' back, knocking the Funhaus Swastika down and grabbing Edgar from him. 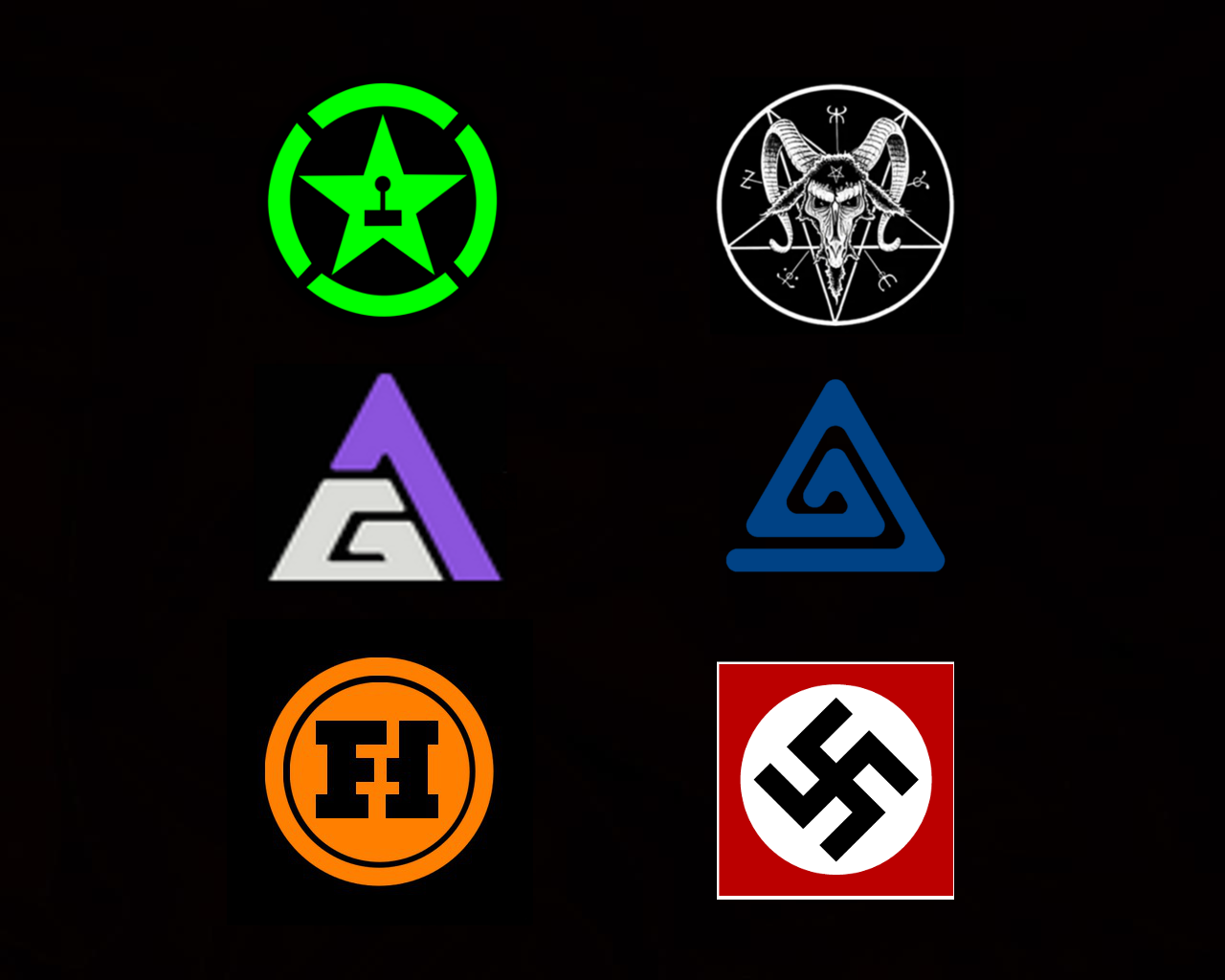 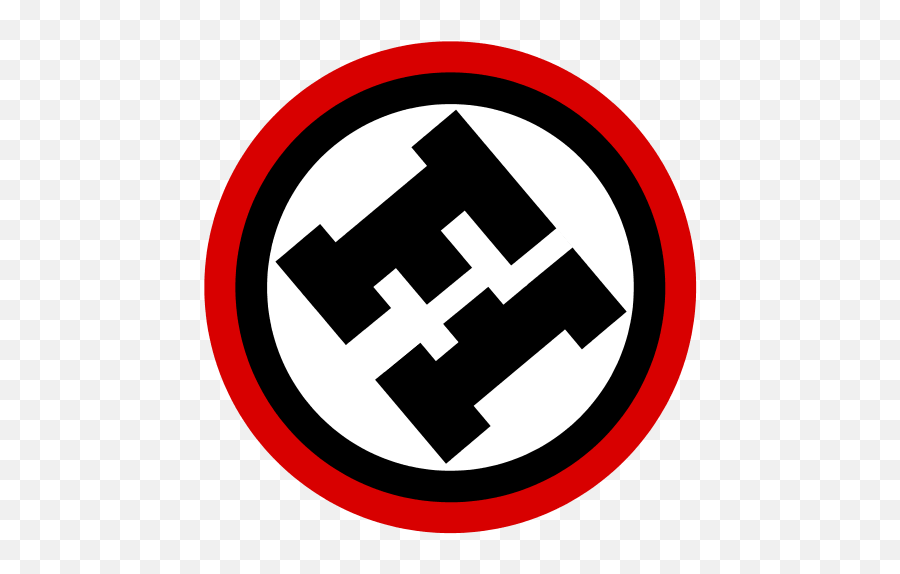 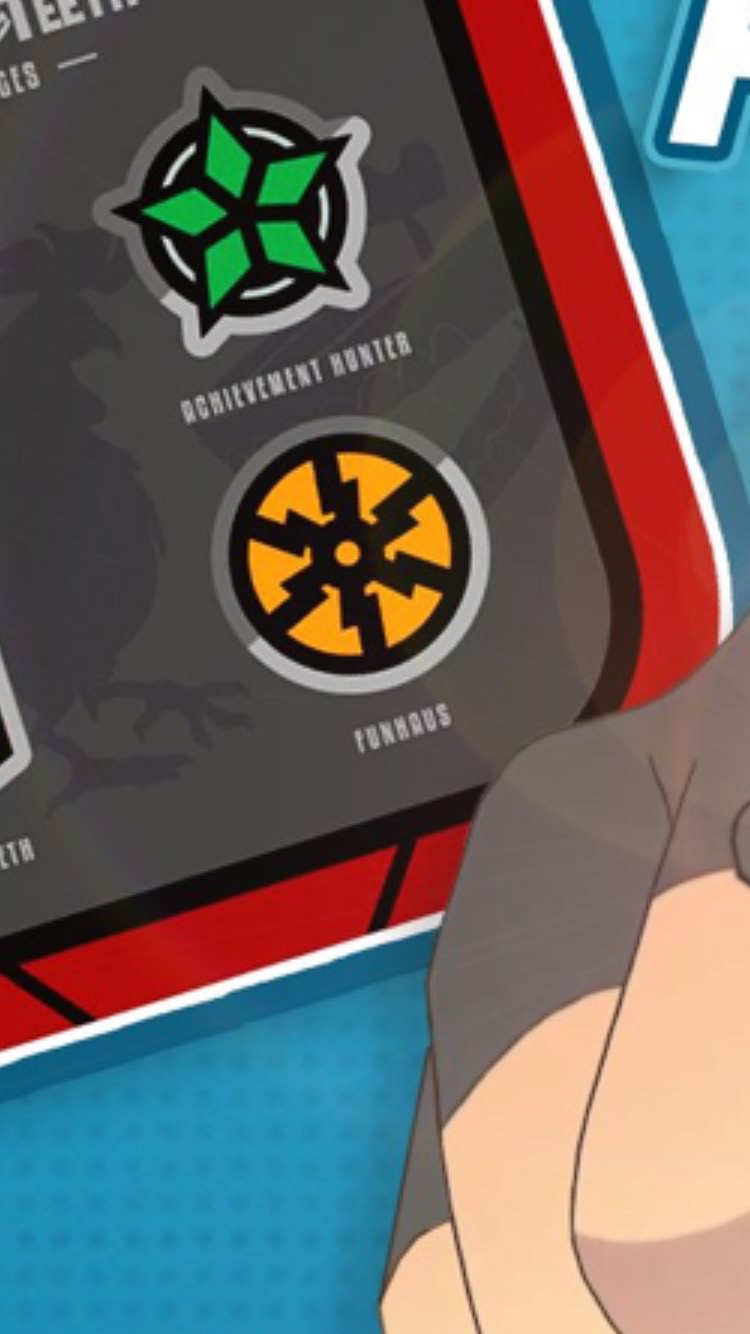 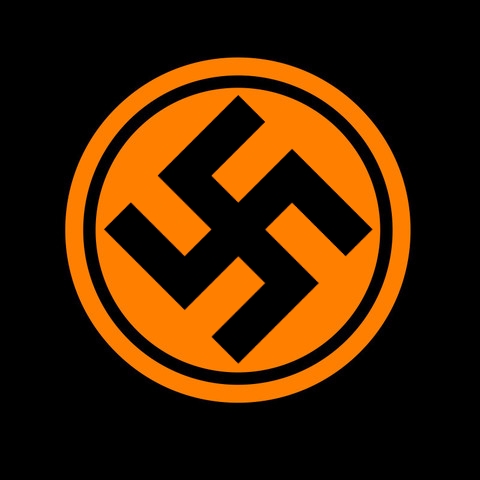 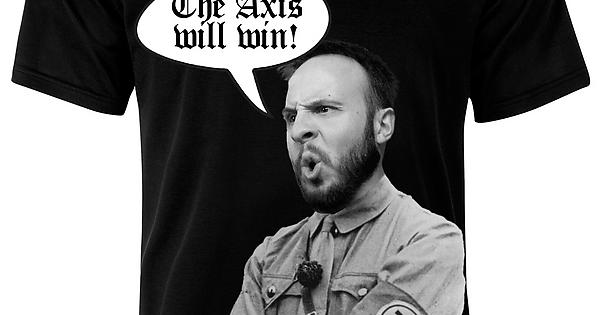 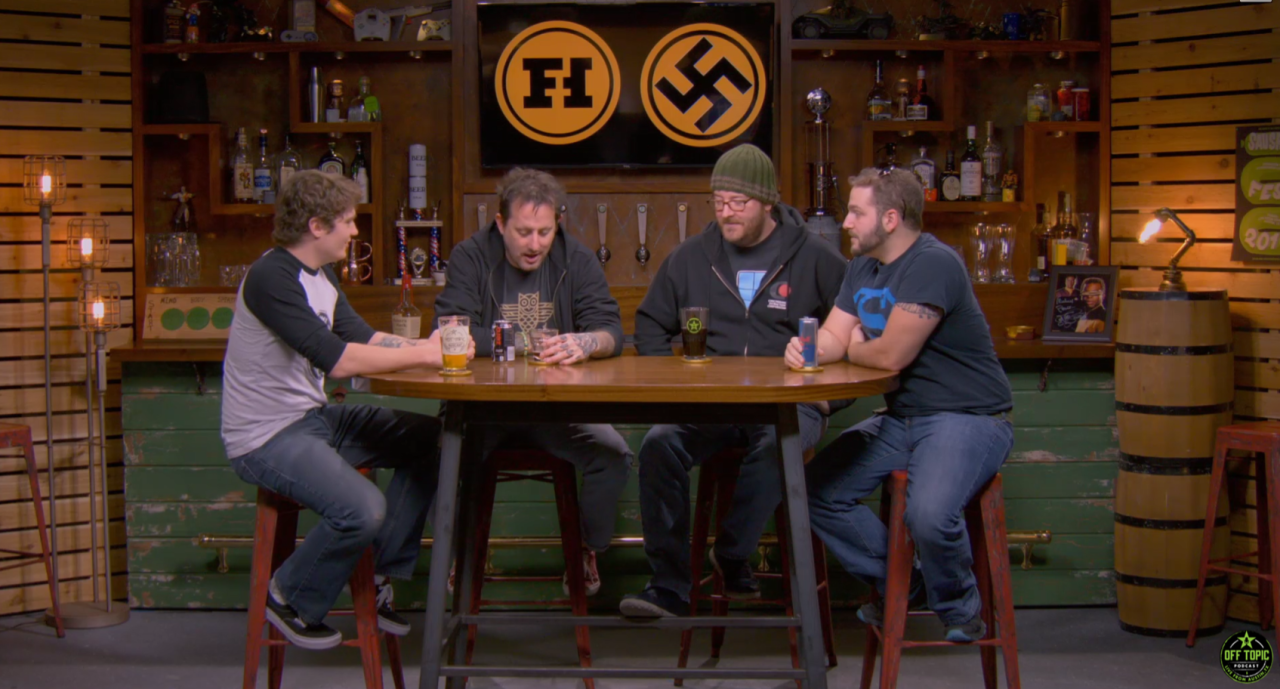 There was a joke rivalry between AH and Funhaus, and during the podcast someone said that the Funhaus logo looked like a swastika. Edit: 7 minutes into the first episode. Geoff says it, and they put it on the screen behind them with a swastika in place of the letters f and h at about 19 minutes in and they notice it a few minutes later.